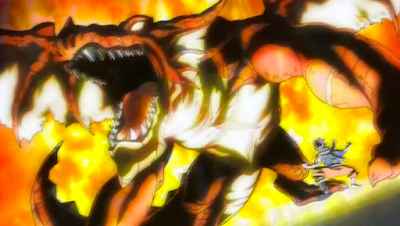 I think that there are a LOT of people out in the world who are a LOT like me. They want to hack. They research and try to do the hacks themselves, but may not fully understand every thing. Breaking security measures should NOT be an easy task. Sometimes the hackers win, and sometimes the Security teams win.
I can remember the first REAL hack that I did. I built rainbow tables and was able to decrypt a SAM file on a Windows 98 PC. It was my own PC, and I knew the password, but I couldn't believe that I actually got it to work. That meant that I could access ANY computer that had windows on it, if I had my tools.
As far as my hacking goes, I never did anything that would have caused anyone to loose money or access to their own technology. I would often test my hacks on my OWN computers / networks. This meant that I could hack legally. This idea is lost to most hackers or kids who dream of being a hacker. Growing up, I thought that hacking was only an illegal, destructive action that was done with a computer. It wasn't until I was 25 years old that I finally found a hacker who just did it for the chase, to gain knowledge. My hero, Kevin Mitnick.
The word "Hacking" has been made to be a word highly associated with illegal activity, which is a BAD way to use it. I have met a lot of people who claim to be hackers. When I ask them what hacks they do, they talk about a ddos attack. I laugh as a ping is not a hack... When I ask others what tools they use to hack with, they become puzzled and don't know what to say. I had one guy say "I do all my hacking in the Command prompt." I was actually quite pleased that he had an answer to my question, but still he couldn't answer what commands to use in order to do a hack. I wish I could help people like this, who have the desire but no direction or knowledge for how to perform hacks. These noob hackers do not have a legal way of actually hacking. "An untrained dragon will burn itself with its own fire." - Japanese proverb This quote has was told to me about a boy who constantly got in fights and why he needed to learn Karate. When I saw the Dragon for BackTrack, it really made sense for me. Noob hackers, do not breath fire without being trained first. Self control is the most powerful weapon you have.
To me, hacking is like a Rubik's cube. It is a puzzle that is there and begs to be solved. Once I've mastered the the puzzle, I start looking for a new, harder puzzle. I love the challenge.
I am not crazy about the laws that surround hacking. If I am able to get your login credentials with out your knowledge, it is illegal. It doesn't matter if I've used them or not, just getting them is illegal. That is like saying a car that can go over the highest speed limit would be illegal.
I can remember the first time that I hacked wifi. The SSID was EliteHacker, so I was simply curious. The password was MasterChief. When I realized that my neighbor was simply a gamer and NOT a serious hacker, it was a relief. I ended up talking to the guy about video games, to see how much of a hacker he really was. His biggest hack was using a mod on Unreal Tournament.
I would really like to build the White Hat hacking community & help the next generation of hackers.
I push a few things:
1) If you must hack, do so legally. This is hard, but absolutely necessary.
2) Get at least one mentor to help you hack / research. Hacking groups are better then a single hacker.
3) Build a lab. You must understand what servers are, what they do, and how to control them if you are going to hack a corporation.
4) Learn & teach others. Noob hackers often times like to keep their knowledge from others. This is destructive to the hacking community. Pro hackers often will have the idea of "If you can understand what I'm saying, I can help you." We need more of this mentality.

Why Artificial Intelligent cars are a BAD idea.